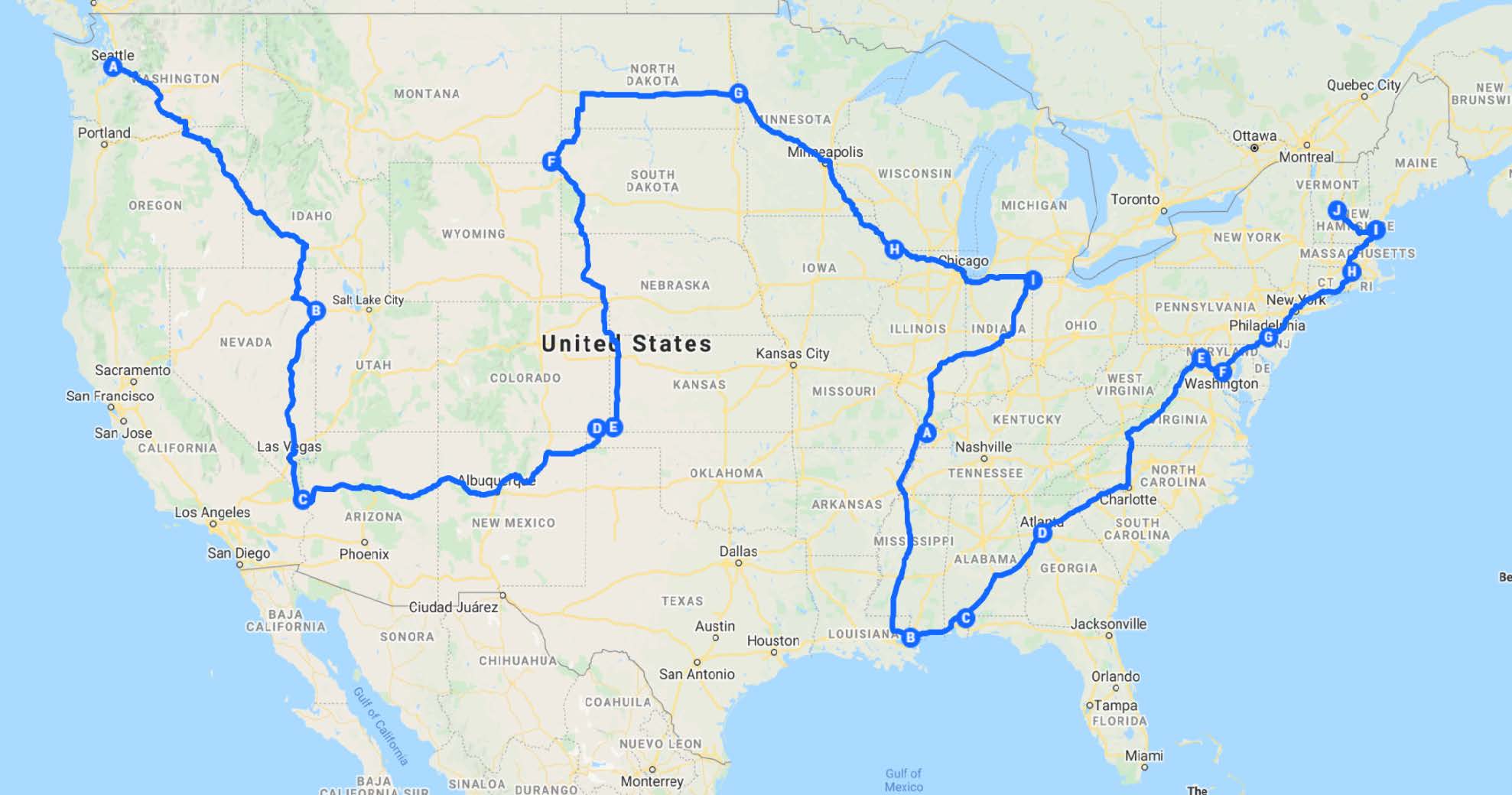 Seeking an adventure (and some PTO days left to use), eSite’s Thomas Cannon set out on a cross-country trek to visit the lower 48 states. He loved the adventure and the challenge; however, he believed that next time he could cover all 50 states. The world record – 6 days, 17 hours, and Thomas was determined to break it.

To break the world record, Thomas knew he needed to create an optimal route that would allow him to enter and exit states most efficiently. Utilizing his statistical background and spatial knowledge, he built an algorithm that analyzed a multitude of different route combinations. He used this algorithm and determined the most optimal path. With the route in place and his team of globetrotters assembled, he had one more task at hand. Thomas wanted to stop at as many eSite client locations as possible during the journey. With the help of his co-worker Stephen Rosling, they laid out all of eSite’s client portfolio and determined the optimal path.

On April 20, 2021 at 8:33pm HST, Thomas and his outfit started their journey when their flight departed Honolulu for Anchorage, Alaska. After a layover in Anchorage, the team took to the air to Seattle and ultimately began their drive across the lower 48. The team crossed the finish line in White River Junction, VT on April 26, 2021 at 6:53pmEST –putting their total travel time at 5 days, 16 hours, and 20 minutes. Not only did they break the world record, but they beat the previous record by over 24 hours!

Reflecting on his record-breaking trip, Thomas said that one of his favorite parts was getting to experience all the different parts of the United States. The two at the top of his list – making the drop on some wave breaks in Hawaii and exploring the Alaskan wilderness on his layovers.

50 States In 5 Days: How 4 Men Beat A Record And Bonded Forever