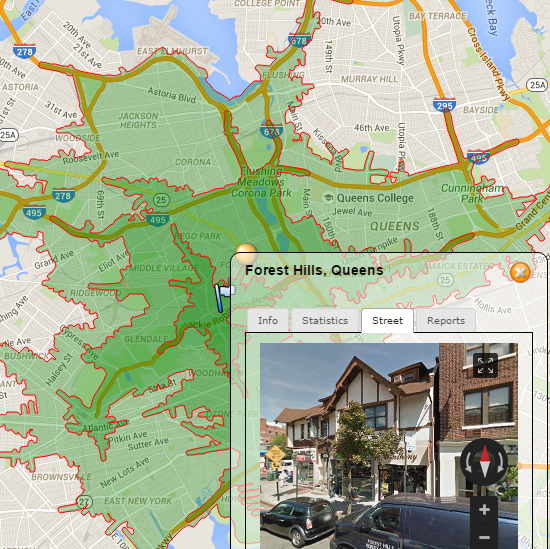 It’s 5:15 p.m. on a Tuesday when Sally Owens is driving seven-year-old Pete home from soccer practice. He’s hungry, she needs to grab a new phone charger and dad’s at home waiting on a box of hinges to fix the kitchen cabinets.

She takes a right at Conner Street and pops into a big-box retailer for the charger. A few doors down is the hardware store, so mother and son step inside and ask a sales associate to help them find the hinges. By 5:45 p.m. they’re in line at the nextdoor mediterranean restaurant for a takeout meal. A short while later, the Owens’ SUV pulls into the driveway brimming with plastic bags. Everything the family needed was neatly packed into one quick-and-easy shopping trip conveniently located on the way home from soccer.

Coincidence? Not by a long shot. The brands that benefited from Sally’s shopping excursion knew exactly what she needed and where she’d be when she went to buy it. They’ve analyzed countless pockets of their very best customers to determine who those shoppers are, where they travel, what marketing they respond to and which locations best meet their day-to-day needs.

This is precisely the kind of scenario that results from using spatial data to turn a good a retail idea into a growing brand.

Spatial data is the key to getting it right every time. This location-based data—everything from mailing addresses and proximities to trade areas and territories—can be used to unlock deep insights about your company, customers and competitors.

Analysis of spatial data is what lets you see who’s driving where (and when), how one location impacts another and which pockets of customers hold the most promise for your brand. Without this highly detailed information on where customers live, work, drive, shop, recreate and more, your company may never reach the full potential of its data.

To better understand the impacts of spatial analysis, let’s look at a recent example.

In the early 1990’s, a young entrepreneur named Brian Schultz opened a small movie-theater-restaurant. It was like most dining-style theaters at the time, where moviegoers could dine on basic bar food and beer while watching second-run motion pictures on a single screen. Then Schultz had an idea:

Why not expand to an upscale area, use a bigger building and convince Hollywood studios to provide first-run films?

It was a truly original idea. But without spatial data to prove demand for the concept, it took a long while to gain momentum and get support. Still, Schultz persisted. After months of pitches and pavement pounding, Studio Movie Grill landed its first-ever first-run movie screening—which ended up being the top gross in all of Dallas, Texas.

By 2012, Hollywood studios were lined up to get on Studio Movie Grill’s scheduled. New releases were being served up alongside freshly-made meals, and local customers were coming in droves.

Around this time the company was facing another huge challenge:

How to expand the concept beyond Texas.

The potential for Studio Movie Grill to grow on a national scale was big—but how big was anyone’s guess. Which markets should the brand enter first? Which areas should be avoided? And how do decision-makers reduce the risk of choosing a wrong location?

With many Americans trading in the traditional theater experience for at-home streaming and HDTVs, answering these questions was crucial. So Studio Movie Grill decided to follow a multi-tiered approach to growth. It looked something like this:

In October 2015, when Studio Movie Grill opened its first location in Simi Valley, CA, reporter Scott Mendelson had this to say about the concept in a Forbes review:

“Would I go to this theater again? Absolutely, and not just because it’s five minutes closer to my house than the Cinepolis…the Regal in Simi Valley…and the Muvico in Thousand Oaks. This goes along with my efforts to try to experience a variety of theatrical movie going options.”

It’s precisely the kind of customer response that comes from data-driven decisions. If you want to turn a great idea into a growing brand, start by analyzing your spatial data.